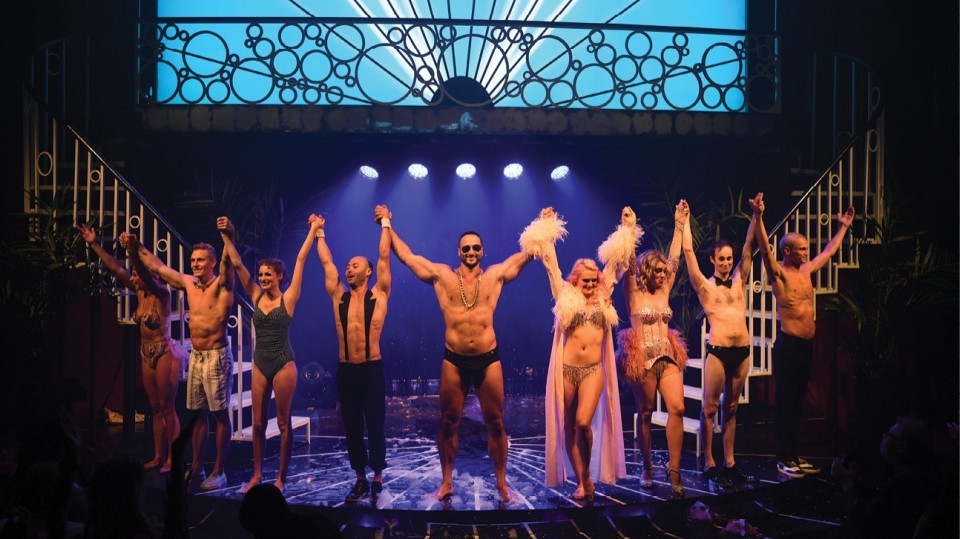 BLANC de BLANC is the Las Vegas debut of Strut & Fret Production House, one of Australia’s preeminent theatre and major events companies. The award-winning production, which has sold out the Sydney Opera House, London’s West End, the Brisbane Festival and the Adelaide Festival, plunges audiences into a world of overflowing champagne bottles, sparkles, and glamour, leaving every spectator breathless with delight.

The show opens to a dimly lit cabaret set and a French monologue by the host of the evening, Monsieur Romeo and a young, exuberant, and sexy cast of dancers and acrobats. Romeo’s sidekick Spencer provides comic relief throughout the show but possesses incredible talents in his own right, one of which is an uncanny ability to stay “tucked” while crawling naked across the audience and challenging Las Vegas’ no frontal nudity codes.

A variety of acts fills the evening, many replicated from the Vegas winning formula of acrobatics, aerialists, and ensemble dancers. But succeeding in Vegas is a constant chore of differentiation and Romeo does not disappoint–stripping away his tux and spending the rest of the show in a black bikini brief and hot tub set up in the middle of the audience.

The show combines elegance, comedy, precision choreography, sensuality, and a finale that will re-energize you for a night on the town.